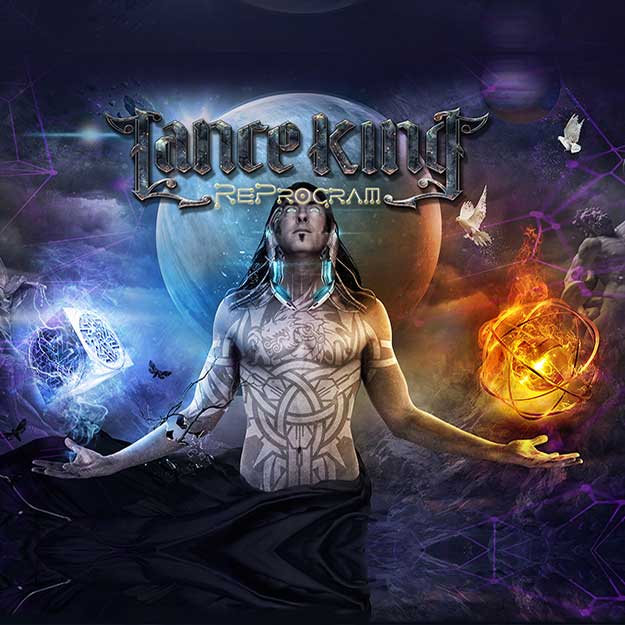 Celestial Metal From the Twin Cities

King was brought up in a New Age family, and for several years was a Christian, he actually considers himself more of a Jedi. His hobbies include martial arts, specifically Muay Thai, Kali, Jiu Jitsu and Jeet Kune Do, graphic arts, boating, motorcycles, part grease monkey part carpenter, part numbers guy and all about vocal person. Lance took up stage acting in musicals in 2010 and has performed major roles in six running productions, in addition to running his hard rock/metal record label Nightmare Records (in association with Sony/RED/The Orchard). Lance also started a weekly hour radio show called "THE SUNDAY HOUR OF PROGRESSIVE POWER" or just The S.H.O.P.P. on Metal Express Radio that was syndicated on to over twenty radio stations (both internet and broadcast) that took the show to seven days a week. The show was renamed "THE STELLAR HOUR OF PROGRESSIVE POWER" played that was on air for 5 years until the strain of a weekly show with the rest of his life became too much. He is married and has two children with whom he lives in Twin Cities, Minnesota.

Get 5 Days of Celestial Metal

Thanks for subscribing! Please check your email for further instructions.

Something went wrong. Please check your entries and try again.